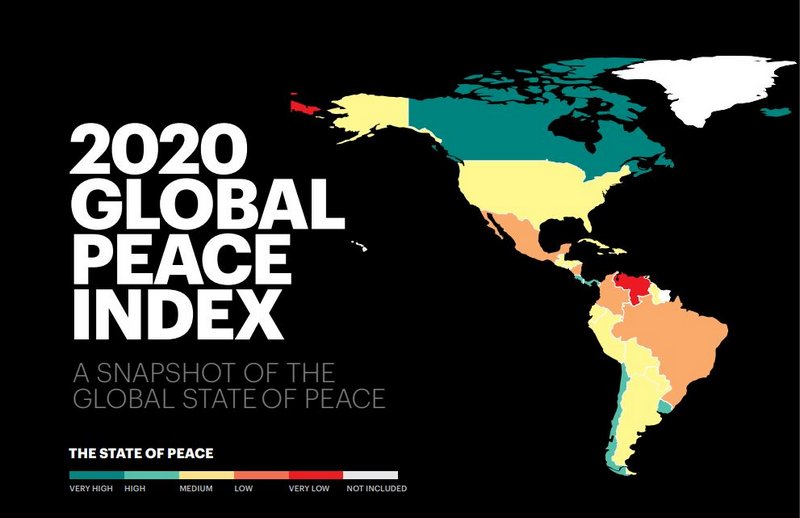 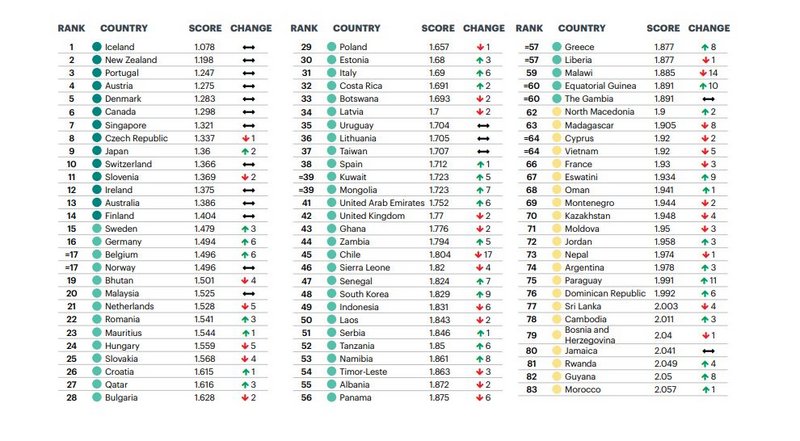 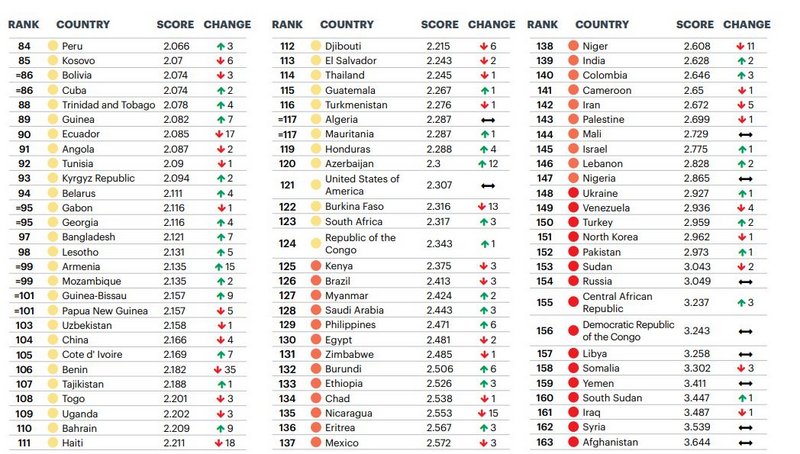 Sub-Saharan Africa recorded a slight fall in peacefulness on the 2020 GPI, with an overall score deterioration of 0.5 per cent.

Twenty countries in the region improved in peacefulness while 24 deteriorated. Disputes over election results and demands for political change have led to civil unrest and political instability in several countries across the region, with violent protests breaking out in many countries over the past year.

Despite retaining its place as the least peaceful country in sub-Saharan Africa, South Sudan made progress toward building the political foundations for peace at the end of the GPI measurement year. In March 2020, the country’s feuding leaders, Riek Machar and Salva Kiir, reached a political settlement and formed government, putting an end to more than six years of armed conflict.

Benin experienced the biggest deterioration of any country in the world, falling 34 places in the ranking to 106th on the 2020 GPI.

Sporadic clashes erupted across the country following the election in April 2019, in which the opposition party was effectively banned, leading to a deterioration in political instability.

Nigeria continues to face challenges on both Safety and Security and Ongoing Conflict domains. The conflict between government forces and Boko Haram in the northeast led to an estimated 640 civilians killed in 2019.

In addition, Nigeria’s problems with cross-border smuggling and imports undercutting local producers have led the government to shut down its borders, causing Nigeria’s relationship with neighbouring countries to deteriorate. Over the last year, the country has recorded further deteriorations in Militarisation and Ongoing Conflict and an overall deterioration in peacefulness of 0.8 per cent.

Economic problems have left the Gambia vulnerable to further deteriorations in peacefulness. With a youth unemployment rate of over 40 per cent, public dissatisfaction and migration have been on the rise.

In addition, the country has recorded a rise in police brutality, particularly in clashes with anti-government protesters.

However, the opening of the Farafenni bridge over the Gambia River in early 2019, reconnecting the Gasamance region in Senegal with the rest of the territory, has eased tensions in the region and led to a de facto truce between the Senegal army and separatist groups. Senegal’s level of internal organised conflict has, therefore, improved and the Gambia has had improvements in political instability. 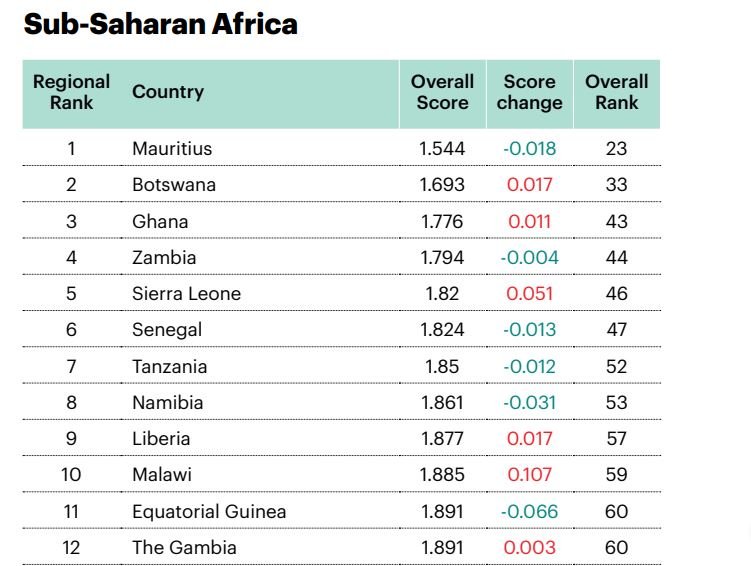 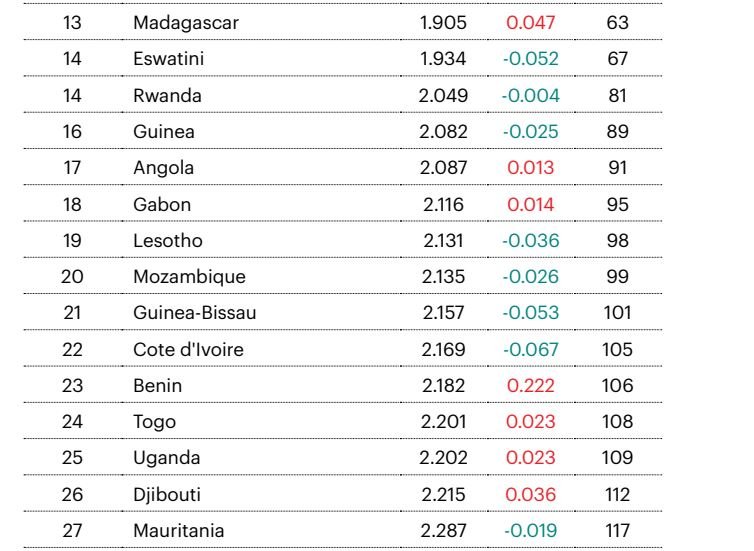 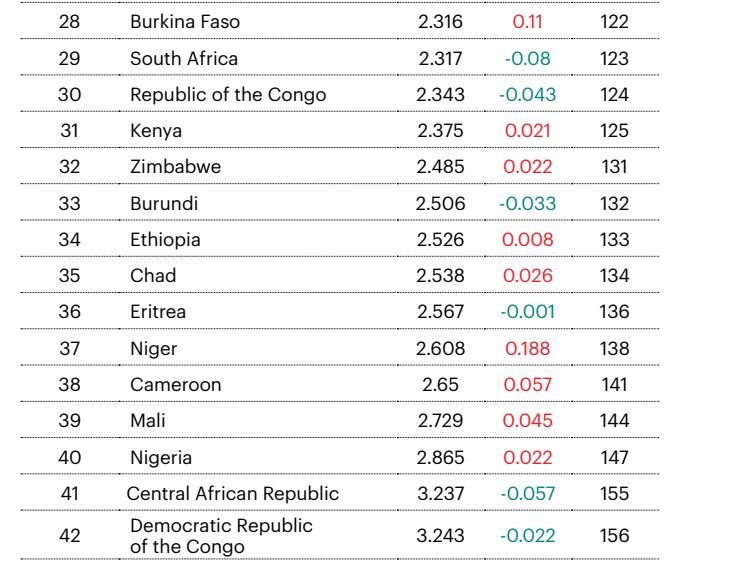